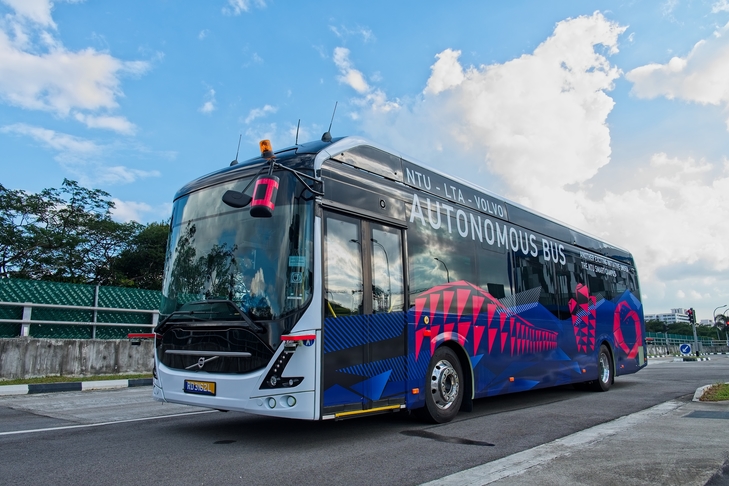 The giant Swedish automobile and vehicle manufacturer Volvo have partnered together with Singapore’s Nanyang Technological University, known as NTU, to develop a full-sized electric bus that will be fully autonomous.

Singapore is renowned around the world as a place where technology is embraced. The fledgling state is modern, clean, efficient and highly streamlined so it is hardly surprising that such technology is being developed there.

Singapore needs to rely on new technologies, especially concerning transportation. The state is very high density and the road network is creaking under the pressure. It has been at the forefront of driverless technology to help with traffic congestion and it is trying to encourage more citizens to use public transport.

Tests on the university campus have been taking place with just one of the new Volvo AB buses, but once there has been sufficient approval from the regulatory bodies there seems no reason why these buses will soon be a familiar feature on the roads of Singapore.

The Volvo AB is twelve meters long and has the capacity to carry up to ninety passengers. And it is also the first full-sized electric bus in the world.

A spokesman for Volvo, Mr Hakan Agnevall was quoted as saying, This is the type of vehicle that real operators would use and that is why it is a milestone.

The vehicle as well as being fully electric has the latest technologies onboard that include:

The Volvo AB bus releases zero emissions and according to NTU it consumes 80% less energy than an equivalent diesel bus.

Singapore has been rated as the second country in the world that is ready to embrace autonomous vehicles, according to a recent report by KPMG into the city-state’s openness to such technology.

If all testing is fully successful then Singapore hope to operate autonomous buses in three different districts as soon as 2022.