The Unveiling of the New Scania Touring Coach - eCoachManager 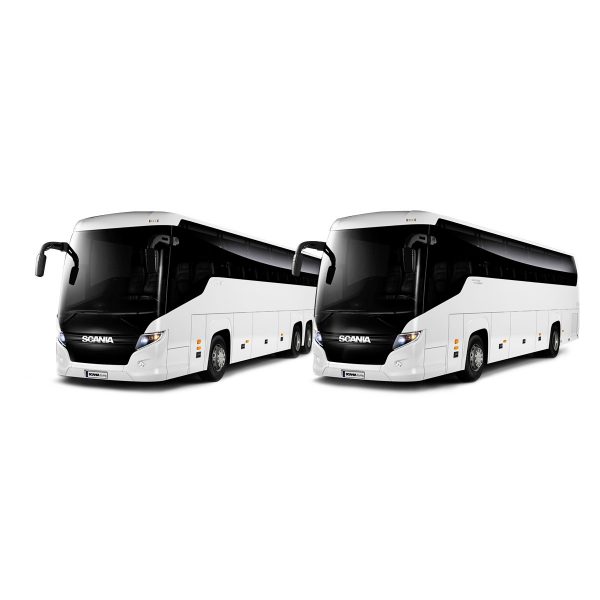 The Unveiling of the New Scania Touring Coach

Hot news in December from Scania as they unveiled their new touring coach which will be available in Australia early in 2018. The initial tests of the vehicle’s fuel consumption blew many competitor away.

The Competition Were No Match

The test from Scania’s Italian based Bus to Coach’s featured six manufacturers and 11 twin axle coaches.

The new Scania Touring HD 12.1M COACH, returned highly impressive figures of 18.2 litres per 100km, which was streets ahead of Iveco, Mercedes, Iriza, Temsa and Piacenza offerings. The test took place in Italy over 350km of varied roads in Lombardy, Liguria and Piacenza.

The Scania touring coach had an amazing 12 percent lower fuel consumption that the second place coach and a massive thirty percent lower than the last place.

One revered judge of the test commented, The results have exceeded all expectations in terms of consumption, plus a remarkably interesting purchase price.

The new Scania coach has a sophisticated on-board computer system that was one of the main reasons for the actual great fuel consumption. The automatic Opticruise and Scania Active Prediction provides information that predicts approaching hills or descents.

The judges also praised the interior trim of the new Scania touring coach and the quietness of the cabin for both passengers and trim.
It is expected that a version of the touring coach will appear in the Australian market in 2018, whether or not it will be the same 13-litre SCR power unit has not yet been established. It is expected that the Aussie version will be in a 4×2 configuration and will be on the roads in the last quarter of 2018.
For more information on this ground breaking new vehicle, head over to

Other articles that we have covered in this series include:

Want to keep up to date with other industry news or developments to the eCoachManager system? Bookmark our blog page for future use and visit and like our Facebook Page for the latest news and updates!