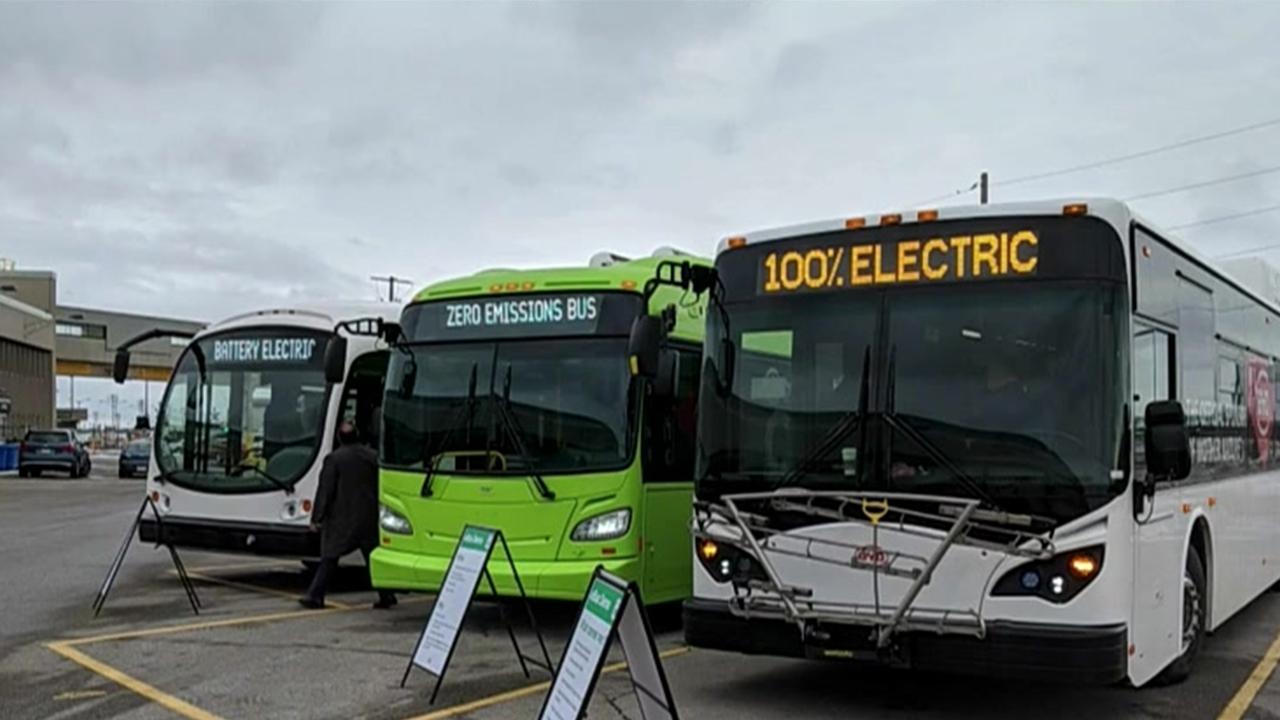 In many of our eCoachManager blogs so far we have addressed the issue of clean energy for public transport, and the turning from traditional fuels such as diesel to electric powered vehicles.

Electric cars have taken most of the press hype over the last couple of years and for very understandable reasons, as some of the new car designs are simply stunning, and ambitious local governments are proclaiming their cities are phasing out gas and diesel cars altogether.

But there is a statistic that shows private vehicles are really hard to convert into alternatively powered vehicles. And the case for electrification of other types of vehicles is far stronger, and at the top of the list are buses. The city group transportation vehicles are ideal for this new form of power.

The planet is urbanizing rapidly, and with this growth pollution is increasing in inner cities. And one of the biggest culprits is diesel which has been the choice of fuel for most public transport.

Old buses drive around the city all day long, at low speeds choking the air with diesel fumes leading to countless illnesses among the people. There are six and a half million deaths a year due to air pollution.

By electrifying buses it would mean that there would be virtually no pollutants spewing out into the urban air. It is obvious that to create the electricity that large power plants would emit pollutants, and even if it was a coal powered plant then these gases would be less than the combined diesel pollution by buses and lorries.

As costs of fuel goes, then electricity is cheaper than diesel or natural gas. If you take into account that buses are used four times more than private vehicles then this points to massive savings.

The ancillary savings cannot be disregarded also, electric motors are simpler and therefore need less maintenance which is also a big saving.

Finally taking a ride on an electric bus is far more pleasurable than the old diesel alternatives. The vehicles are roomier, quieter, smoother and have better ride quality. There is no disgusting smell and little noise pollution.

So What is New?

All of the above has been true for decades, people have been talking about electric buses twenty years ago but things have moved on since then. Technology has fast forwarded the speed of actually achieving electric vehicles on our roads.

The range and power of batteries have been drastically increased and a whole electric vehicle industry has developed with a chain of manufacturers to back it up. To go with all this is a massive growth of charging infrastructure making it easier for vehicles to recharge their batteries.

Public buses suit the premise of being powered by electricity as they already have depots dotted around urban environments which can be used for recharging. The hiccup at present is the initial cost, to buy an electric vehicle is more expensive and local governments and private operators have to wait for approximately two years to get a return on their initial investment.

Yet all the indicators are that sales of electric buses will rapidly grow over the next ten years and perhaps in a further ten years the sales will actually overtake those of diesel buses.