A New Lineup of All-Electric Trucks and Buses - eCoachManager 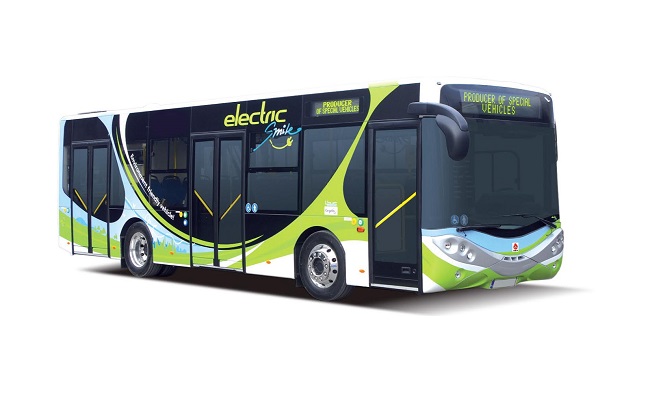 A New Lineup of All-Electric Trucks and Buses

The revolution of all electric transportation is forging ahead at considerable speed, if you pardon the pun. Some manufacturers are claiming that an average family electric powered saloon only costs 30 cents a litre to run.

Electric vehicles are here to stay, the demand for them is getting more and more each passing year. Canada is one of the countries that is advanced in the manufacture of such vehicles and one of their leading bus and coach manufacturers is about to embrace it fully.

eCoachManager has been working in tandem with bus companies across the world to assist in the development of tracking software and other logistics to help electric fleets.

The Lion Electric Company of Quebec in the past three years have been busy converting their total bus and coach manufacture to electric school buses. And in 2018 the company has decided to bring to the market an entire lineup of all electric trucks and buses.

The building of the new all electric vehicles will take place in Saint-Jerome, which is roughly ninety minutes drive north of Montreal in Quebec, Canada.

The difference between Lion’s electric vehicles and other manufacturers is that they are not relying on third party collaboration. Lion has been developing a significant part of its very own electric powertrain technology, this is because the company wanted to develop their own expertise and not have to rely on a third party manufacturer to provide the powertrain into a diesel bus.

Lion’s decision to start this new radical manufacturing business has started with school buses, and due to the amazing success of these vehicles they now want to leverage their expertise into a complete lineup of electric passenger vehicles, buses and trucks.

One of their most recent vehicles is the Lion Shuttlebus, which integrates a newly developed 80 kWh battery pack which Lion built around the LG Chem’s pouch cell.

Te chassis also is new, it has been adapted so it can house two of the new battery packs which gives the shuttlebus a fantastic range. These power packs can be easily swapped over by using a forklift for vehicles with high usage.

The new school shuttlebus is just a glimpse at what is going on at Lion, the near future will see great developments from this forward thinking manufacturer. A host of bigger electric school buses, trucks and passenger vehicles are on the horizon and could feature on your roads sometime soon.

The company recently secured major investment in their electric vehicle building which enabled them to expand their development and manufacturing facilities in Quebec. They are currently half way through negotiating the opening of a new facility in the U.S as part of their overall growth plans.

Lion are a great example of a forward thinking company, they have embraced change and understood the rapidly growing demand in the coming years for more electric vehicles.

This demand is partly due to economics and the need to minimize costs, but mostly because of legislation and emission controls.