The Future Of Bus Technology - eCoachManager 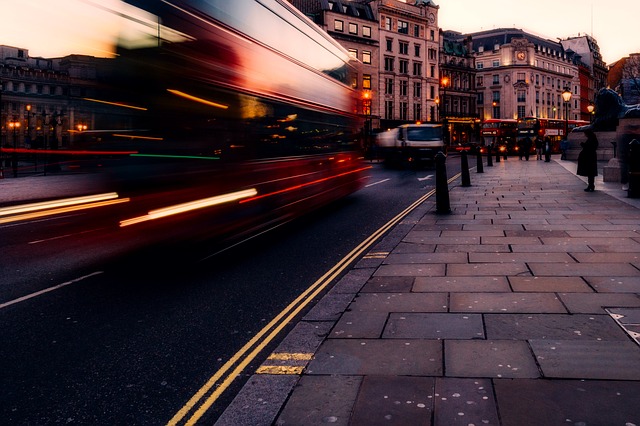 The Future Of Bus Technology

When we think about the future of bus technology perhaps we think of driverless vehicles and zero emissions which make the environment a little bit greener.

Here are a few high-tech buses of tomorrow!

Back in Paris 1662 French mathematician Blaise Pascal introduced the world’s very first public bus service. This consisted of around half a dozen horse-drawn carriages that served along three routes which were able to carry around six to eight passengers each. This could have been a little to novel for this century and it didn’t really catch on till around the 1800’s.

Buses have advanced and evolved since Pascal’s early invention and they are now the most used public transport in the current world.

As private transport is advancing due to the climate change challenge, more alternatives need to be included. Having regular bus routes are cheaper to establish and these are more flexible than the rail based counterpart. However the diesel guzzling machines don not get the same notoriety when it comes to subways, trains and the modern vehicles.

Soon, this will all change and emerging in the near future will be fleets of high tech vehicles potentially with self driving capabilities, zero emissions and plenty of other innovations that will keep them greeners and more efficient.

The likes of Tesla, Uber, Google and potentially Apple could in term spark the end of public transport which people have speculated. This is due to their autonomous vehicle technology which is currently being pioneered.

But there are other that think that it will first be implemented into public vehicles and not private vehicles as first thought. These will be driverless buses with special sensors around the vehicle with artificial intelligence all behind the wheel. At the moment in Helsinki, Washington and Singapore, these are currently being tested in these cities.

There is one vehicle called Olli which is a self driving electric minibus from Local Motors in Arizona. This is a first for using IBM’s cognitive Watson technology to interact with its passengers. It can be called like an Uber and is able to answer questions about nearby attractions and routes. It can also link to a passenger’s social media account and create personalized trips.

Globally, there is an increase in demand for fully electric buses, especially in China. Back in 2015 it is said that they have around 10,000 in the country and by 2018 they are wanting to double that to 20,000.

As air pollution is becoming a big problem around the world, the growth for electric buses is likely to continue probably until the problem with pollution has been resolved or maintained.

The manufacturer Proterra, who creates zero-emission electric buses aim to bring in their latest model of the Catalyst E2 Series. This means that a battery operated bus could drive up to a staggering 350 miles with one charge. This is said to cover a day’s worth of routes. It you want to compare this to a Tesla, this is only 50 miles shy of the 400 mile tank.

However cost will be a little high for these amazing bits of kit and will set you back around 800,000 dollars which is more than double of the standard diesel powered buses which are usually purchased in cities. But long-term, will save owners under 250,000 dollars in repairs, services and running costs.

Do you have a fleet? Come and see how we can assist you with transport solutions with eCoachManager. eCoach Manager is the most effective and economical solution for your fleet of vehicles. Contact us today for enquiries or schedule an online demo.