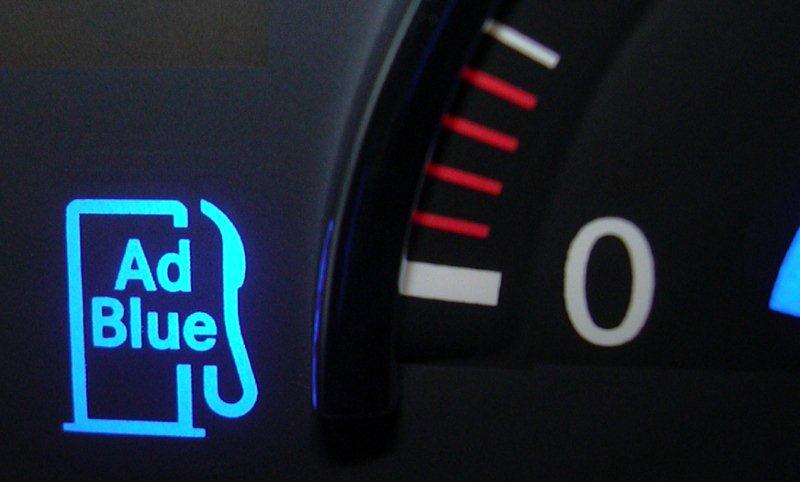 The recent Euro 6 regulations concerning SCR (Selective Catalytic Reduction) brings into play the increase of use of AdBlue.

But what is AdBlue, and what does it do? Perhaps if you have never owned a diesel vehicle you may not have heard of AdBlue. Modern diesel engines are fitted with SCR’s and as such need AdBlue.

When a diesel engine is running it pumps out many harmful polluting chemicals and gases from its exhaust. Nitrogen Dioxide and Nitrogen Oxide are two of the biggest pollutants.

They are responsible for many respiratory complaints and can affect breathing really badly.These gases also collect in the atmosphere causing acid rain and smog, so governments around the world have gathered together to restrict these noxious gases, and eventually eradicate them.

One such way of tackling the matter is SCR which is a process that eliminates the oxides from the gas that comes out of the exhaust pipe. The SCR works really well but to function it requires a liquid that is injected into the gas, which is AdBlue.

AdBlue is basically a solution of urea, that reacts when it meets hot gas and releases ammonia and causes a chemical reaction. This reaction converts the poisonous oxides into nitrogen and water vapour, these elements are harmless to the atmosphere when pumped out of an exhaust.

AdBlue is a safe compound, it is two thirds ionised water and a third urea. More than this gets a little technical, but manufacturer’s handbooks explain how much AdBlue you have to use.

Urea is present in urine, but the urea used with a diesel engine is man made by exposing synthetic ammonia together with carbon dioxide to heat. A by-product to the liquid form made for vehicles are pellets that can be fertilizer.

Which Vehicles Can Use AdBlue

From way back since 2004, buses, coaches, and heavy goods vehicles have all had access to SCR technology. A couple of years later the car industry also adopted it, with the German manufacturers Volkswagen and Mercedes leading the way.

The new emission regulations have driven the explosion of SCR in the passenger vehicle market throughout Europe.

The Euro6 regulations that came into play in 2014 stated that nitrogen oxides emissions had to reduced by 56% on the previous levels that were laid down in Euro 5 regulations.

Presently in any diesel engines over 1.6 litre the only way to achieve this reduction is with SCR and AdBlue.

How To Use AdBlue

There is really no need to know what AdBlue is or how to use it, initial instructions for car users are simple. Leave it for your dealer to either fit a separate AdBlue tank or follow the instructions how to top your own tank.

The amount of AdBlue you should be using is on average one litre per 600 miles, for higher mileage vehicles this may have to be increased.

Manufacturers have taken all the calculation away from diesel drivers, your dashboard will indicate if the level of AdBlue is too low. And if it gets below the level it should be or runs out completely your engine may shut down.

If you want to be kept apprised on all the new information regarding transport industry news, then eCoachManager blog pages are the place to look. Our blogs and articles are frequently updated on transport related information that the coach and bus industry release from time to time.