A Better Ride To School - eCoachManager 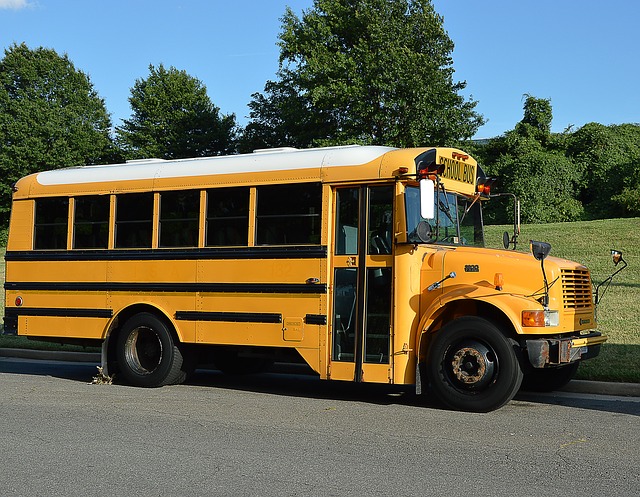 A Better Ride To School

When the private and public schools are open or when the children finish their school holidays, you will notice the amount of traffic increased due to the new terms. Millions of children head back to the classrooms for the next quarter of their school year.

Whilst most of the attention is directed towards what happens whilst they are at school, not much is focussed on how they get there.

The lack of attention is amazing, especially when there is somewhere between 10 – 15 percent of rush hour is due to school-related transport.

With something on a large scale such as this, it should be on the discussion of every transportation policy discussions.

Also this means that safety of the school children getting to and from their destinations should also be included. Companies such as School Travel Manager provide a monitoring system for the schools, drivers and parents, so they can keep an eye on their children whilst on school transport.

School districts are making sure that getting children to school safely is a main concern. School buses do remain as the safest mode of student transportation and this is down to tight federal standard for vehicle design and driver oversight.

A new trend in new car sales is the “connected car”, which provides the vehicle with the technology to sense and communicate with other vehicles on the road. These sensors allow for better traffic flow and can address these problems in real-time. Perhaps this can be introduced in the school bus industry which could relive problems in congestion.

The rise of digitization has helped companies and public agencies manage their fleets, optimize routes and monitor drivers. A recent report from the Brookings Institution shows that the near-ubiquity of smartphones, traffic monitors, online maps and other advances has ushered in a tsunami of data about how, where and when people move. Yet a survey from 2015 shows that only 33 percent of school bus operators even use GPS to monitor their fleets despite the fact that 72 percent purchased new buses that past year. Even relatively standard technologies like automated passenger counters are absent from most school buses.

What It Comes Down To

The main barrier to deploying these advanced features on school buses is cost and even if they save money in the long run, school budgets are strained and many are facing cuts to their transportation budgets.

The Urban Institute found that the share of students using school-provided transportation has steadily dropped from a high of 61 percent in 1983. And while 41 percent of students walked or biked to school in 1969, by 2011 that number has dropped to only 13 percent. The largest share of school commuters travel by car.

In order to solve these challenges school districts should be better integrated into overall regional transportation efforts. This would require school districts to be more active with their local metropolitan planning organization. States would also need to allow school representation on those decision-making bodies. A Federal Highway Administration report found that school board members comprise 6.8 percent of all voting governing board seats on regional transportation bodies. For a system that contributes so much to rush hour traffic and moves such a large number of people every day, this number is far too low.
By working closely with transportation professionals on the front lines schools will be able to take advantage of expertise with new technologies and funding programs, all without jeopardizing students’ safety.